"Continuing the Family Legacy Since 1958"

In 1984, their son Charles became a licensed mortician and worked for the family business from then on and helped out at other local area funeral homes. The funeral home is now owned by Charles after Maria and Joseph passed away in 2013 and 2017 respectively.

You are welcome to call us at any time of the day, any day of the week, for immediate assistance. Or, visit our funeral home in person at your convenience. We also provide a wealth of information here on our web site so you can learn more from the privacy of your own home. 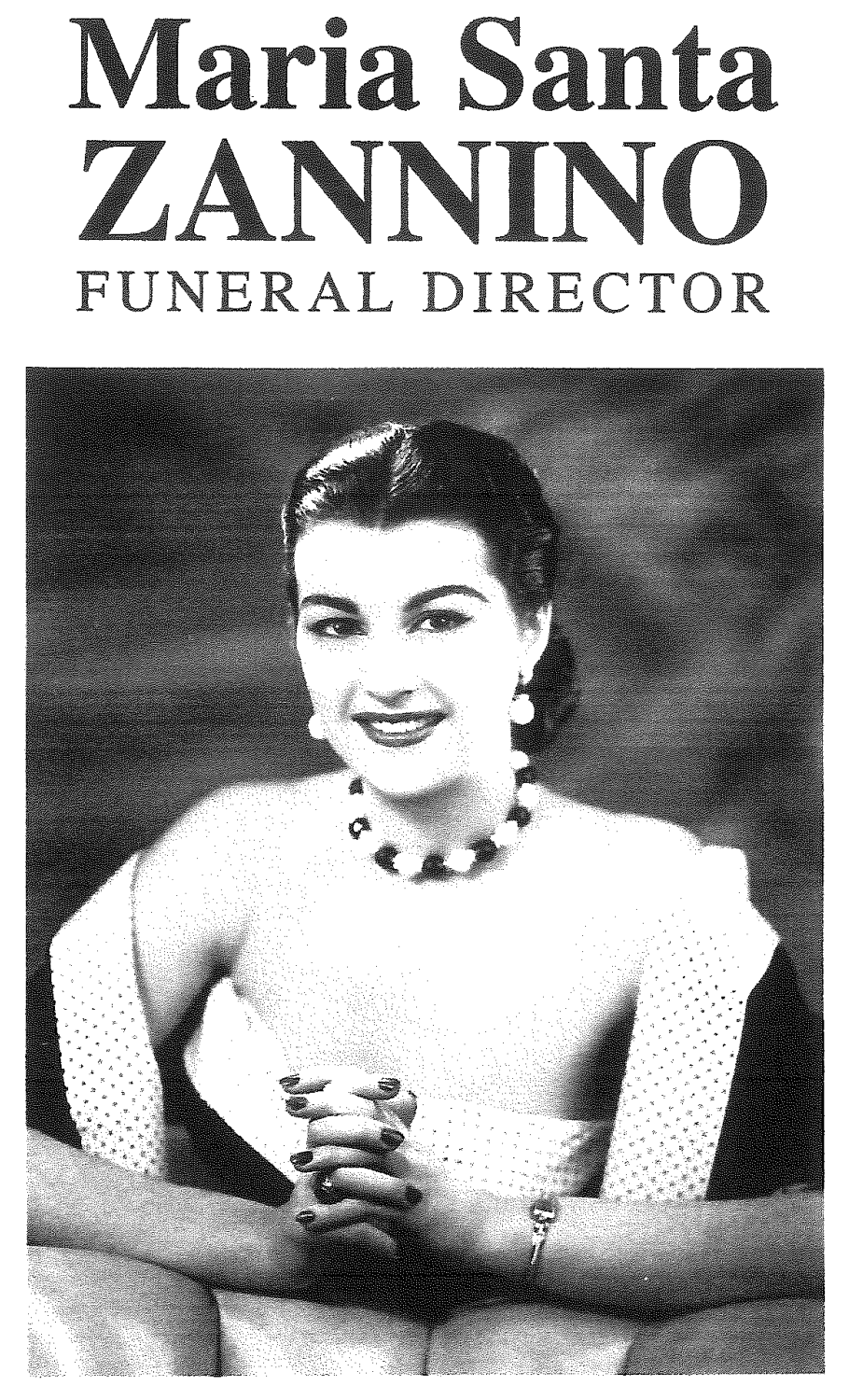 Mrs. Zannino became a funeral director in 1965.  She was continuously engaged in the management of the family funeral home, which was founded by her husband, Joseph, in 1958.  Mrs. Zannino was the recipient of numerous awards for devoted leadership service to the Order of Sons of Italy in America.  She was also instrumental in the formation of numerous lodges and the coordinator of the Italian Festivals and Columbus Day Parades in Baltimore for many years.  As a board member, she also contributed her organizational and interpersonal skills to various associations, including The American Council on Italian Matters, the Italian-American Organizations United, The American Society of Italians and Friends, and supported Our Lady of Pompei Church and St. Leo the Great Church.  She was especially devoted to fundraising for children with disabilities through both the March of Dimes and the Kennedy Krieger Institute.  Mrs. Zannino passed away in 2013.